To help us give you the best experience possible, please accept all cookies

Two inspirational sisters have won a prestigious national award in recognition of their outstanding fundraising achievements for Cancer Research Wales. Holly and Emily Walker, who live near Monmouth, have deservedly scooped the Child of Wales Award for ‘Young Fundraisers of the Year’. 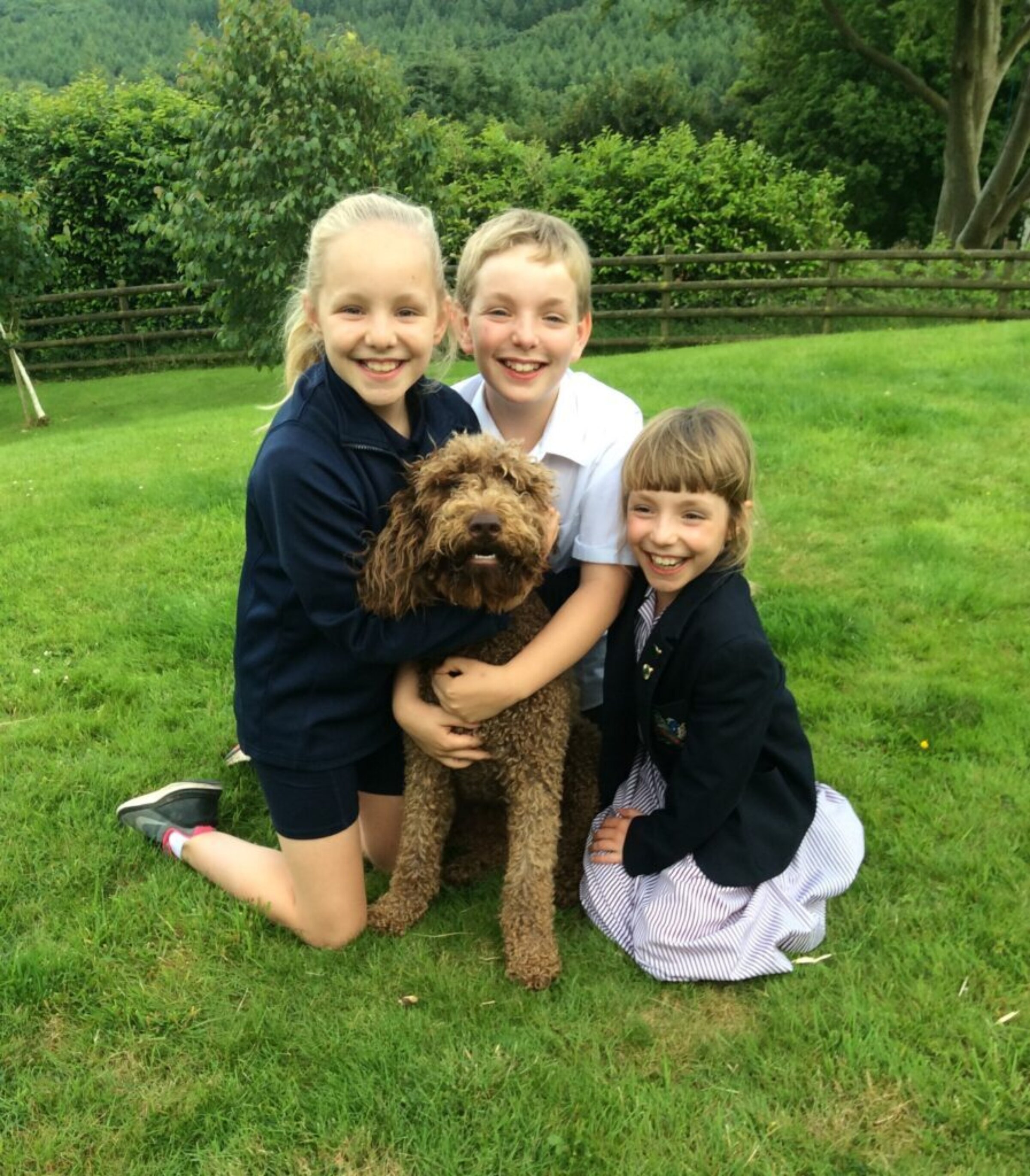 Holly, 14 and Emily, 12, have been at the forefront of a wonderful community campaign which has raised a remarkable £147,000 to date, in memory of their brother, Tom.

Tom, a quiet, considerate and caring boy, was a pupil at Monmouth School for Boys, when he died from Acute Myeloid Leukaemia (AML) – a rare but aggressive form of cancer – aged just 13, in June 2018.

Three months before he died, and before he knew he had leukaemia, Tom raised several hundred pounds for Cancer Research Wales by taking part in the Brecon Beacons Night Hike after his grandfather found a leaflet about hiking in the dark up Pen y Fan, the tallest mountain in South Wales.

Following Tom’s death, inspired by their brother’s courage and generosity and, with the support from their family and the Monmouth community, Holly and Emily have tirelessly raised funds for a research scholarship in his memory.

The girls have organised a host of events, including two hugely successful swimathons, musical events and cake sales, and have also retraced Tom’s footsteps on the Cancer Research Wales Night Hike across the Brecon Beacons.

The two Swim for Tom events have inspired more than 1000 participants to complete a total of 76,000 lengths (1,100 miles) – the equivalent of swimming the length of Wales six and a half times. In total, the two events have raised an incredible £38,000 for Tom’s fund.

Commenting on their daughters’ achievements, parents Tim and Debbie Walker added: “We are hugely proud of Holly and Emily. They have organised several fund raising events individually and together, and in doing so galvanised a whole community to take part. As a family we would like to thank the thousands of people who have taken part and helped raise funds in Tom’s memory.”

The award, which is kindly sponsored by Mitre Linen, will be presented to Holly and Emily at the official ceremony which is set to take place at The Celtic Manor Resort on 9th April 2021, having been postponed twice due to the coronavirus outbreak.

Blanche Sainsbury, founder of Child of Wales Awards said: “Congratulations to Holly and Emily on their Child of Wales Award, recognising their inspirational fund raising efforts in memory of Tom. The judging panel were awe inspired by their story. We look forward to celebrating with the family at Celtic Manor next April.”

Ann Tate, CEO of Cancer Research Wales said: “We as a charity are proud to congratulate Holly and Emily on this prestigious and deserved fundraising award. As a family, the Walkers’ have shown such incredible courage since the sad passing of their son and brother Tom, and we are so very grateful to have their support. We look forward to seeing Tom’s light continue to shine through one of our research projects, which is due to start over the coming months.”

The first recipient of the Tom Walker Cancer Research Wales PhD Studentship for Acute Myeloid Leukaemia Research will start at work at the Cardiff University School of Medicine, based at the University Hospital of Wales on 2nd January 2021.

Each three-year PhD post requires £100,000 funding and Tom’s family and friends are now raising money to fund a second researcher.

Professor Andrew Sewell, who is overseeing the first research project, said: “We are extremely grateful to the Walker family, Cancer Research Wales, and the whole community in Monmouthshire for giving us this opportunity to create a lasting legacy for Tom through this first research studentship.

AML is an area of intense research as it represents a real unmet clinical need, and by undertaking this pioneering research we hope to provide important insights and make discoveries that will form the basis of future treatments for this disease.

We also greatly look forward to working and engaging with the community as we share this exciting journey together.”

Despite the ongoing covid-19 pandemic, the Walker family have continued to raise funds and awareness for Tom’s fund, selling Christmas cards and calendars from their social media accounts. The calendars contain a host of outstanding photographs, which have been chosen from over 700 entries; all taken by students and staff of Haberdashers’ Monmouth Schools with the winners being selected by Tom’s grandfather.

Matt Peake, Head of Art at Monmouth School for Boys, supported the calendar competition and said: “The resilience of Tom’s family has been remarkable, and they are an inspiration to all of us.”

In addition, the Brecon Beacons Night Hike returns in June 2022, where we will be lighting up the night sky in memory of Tom, a brave young boy who continues to inspire so many. Find out about this event and others.

Our website uses cookies to distinguish you from other users of our website. This helps us to provide you with a good experience when you browse our website and also allows us to improve our site.

A cookie is a small file of letters and numbers that we store on your browser or the hard drive of your computer if you agree. Cookies contain information that is transferred to your computer's hard drive.